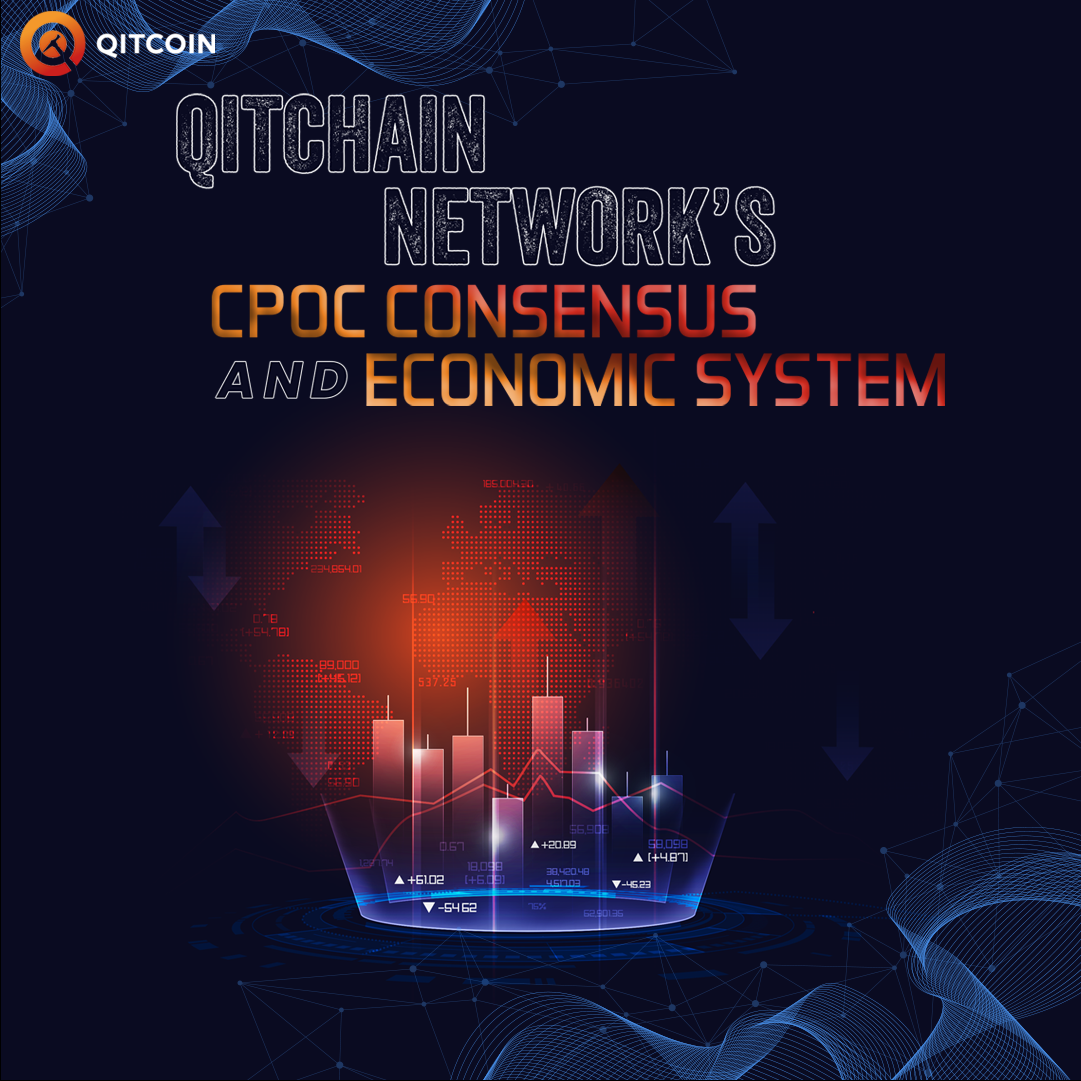 Since 2008, it has been fourteen years since blockchain technology has reached today. In the past fourteen years, the application of blockchain has expanded from pure digital assets to games and collectibles based on distributed architecture, to information storage, content retrieval, loan services, etc., which can be described as endless. But whenever you talk about blockchain technology, there is one key word that is difficult for anyone to avoid, and that is the bottom-level logic of its economic token – consensus.

As the first consensus to be proposed, PoW (Proof of Work) is still one of the classic consensuses that is effective today; and with the continuous development of technology, many new consensuses have emerged as the times require, and are used for many New digital assets provide a solid foundation, such as PoS (Proof of Stake), PoA (Proof of Authority), and more. Since consensus plays such an important role in the digital asset economy, any discussion about the economic structure of any digital asset without mentioning the concept of “consensus” would be nothing but rootless wood.

The consensus adopted by QitChain’s token QTC is CPoC (Conditional Proof of Capacity). In the consensus field of the entire digital asset, CPoC can be regarded as a “rising star”, which integrates PoW, PoS, PoC (Proof of Capacity), etc. Some of the strengths of a good consensus. Therefore, when discussing the economic system of QitChain Network, it is necessary to first introduce the CPoC consensus as its foundation. And CPoC can be considered as an excellent derivation and development based on the PoC consensus. Therefore, in order to facilitate the understanding of CPoC, we first briefly introduce the PoC consensus.

The Forerunner of Glory: PoC Consensus

Different from the traditional PoW, the block reward of PoC consensus is completed by the ordinary hard disk of the storage service provider instead of the professional customized storage system (ASIC). Storage service providers participating in the competition of QTC assets will use their disk space storage instead of memory computing power to compete for QitChain block bookkeeping rights. It is called P disk), and then it is calculated according to the hash value and signature of the previous block, and the storage service provider who firstly calculates the requirements will receive bookkeeping rights and token rewards. Compared with traditional consensus, CPoC has two obvious advantages:

The first is anti-ASIC (application-specific integrated circuit) systemic. As the price of tokens that adopt PoW as the consensus, represented by BTC, has risen, ASIC machines specially used for the competition of block bookkeeping rights have also emerged as the times require. ASIC machines are expensive, and only a consortium of enterprises specially formed to compete for bookkeeping rights can afford the cost, resulting in the monopoly of block bookkeeping rights; at the same time, ASIC machines will consume a lot of power resources during operation, and high electricity bills not only It is prohibitive for ordinary people, and it also brings a huge loss of valueless power resources.

The second is the anti-Matthew effect. With the launch of the ETH2.0 mainnet using PoS consensus, the process of block bookkeeping rights competition is converted from computing power calculation to node pledge. Undoubtedly, in the consensus token using PoS, users who pledge more tokens will be more likely to obtain new digital token rewards, which will trigger the “Matthew effect” in economics, causing the strong to become stronger. The situation where the weak are always weak is undoubtedly against the original intention of distributed digital assets.

It can be clearly seen that compared with the predecessors of PoW and PoS consensus, PoC obviously has two advantages of low energy consumption for block production and fairer competition for distributed accounting rights. Excellent projects such as BHD, BTT and IFPS.

But we must also see the hidden concerns of PoC consensus. Although the low price of hard disks makes it possible for any user to participate in the competition for block bookkeeping rights, the same reason may also lead to a “hard disk purchase competition” among users, resulting in vicious competition in hard disk capacity. Although making everyone eligible to participate is the goal pursued by most distributed projects, a too low threshold may not be an entirely good thing.

Although the blockchain industry has been bound by the original sin of the “impossible triangle” since its birth, generations of blockchain practitioners have never stopped pursuing a relatively better distributed architecture. As the consensus foundation of QitChain Network, CPoC has been improved again on the basis of PoC consensus, so that it has additional advantages in addition to the characteristics of low energy consumption and anti-Matthew effect:

On the basis of PoC, the CPoC consensus incorporates the “staking” mechanism of PoS. Although CPoC also allows users to simply use hard disk space for block bookkeeping rights competition; but at the same time, if users are willing to use their digital assets QTC for pledge, their income will be higher – at this point CPoC and PoS resemblance. In addition, as an incentive for top users, CPoC has also designed a new reward measure, that is, for users who have pledged the most digital assets in the entire network, they will also receive some additional digital assets as rewards – for example, we have today For the distributed search engine QitChain discussed, the top ten nodes with the most pledged digital assets in its main network can get more token rewards.

Reviewing the contents of these two subsections, it is not difficult to see that CPoC has truly achieved “learning from the best of others” to a considerable extent. To sum up, compared to its predecessors, CPoC successfully overcomes their following four disadvantages:

Centralization of computing power and ASICization:

In digital asset projects that use PoW as consensus, in order to gather more computing power, companies competing for accounting rights often form alliances and use specialized ASIC machines on a large scale to get higher expected returns. This behaviour spontaneously concentrates computing power, and individual users have no way to compete with institutions.

This problem mainly occurs in projects that adopt PoS consensus. Although PoS solves the energy consumption problem caused by the PoW consensus by means of asset pledge and dividends, the deployment in the development team and early entrants allows them to take a far better advantage than the latecomers. For example, the once-prominent EOS project has only 21 competitors for bookkeeping rights, and more participants cannot even get the right to produce blocks, which is one of the important reasons why the project is now extinct.

The typical representative of the broken wing under this problem is Burst. As the first project to adopt PoC consensus, Burst was once in the limelight, but because it did not initially design a reasonable top-level incentive, a large number of tokens were mined by miners who entered the game at almost zero cost, and it was difficult for participants who entered later. Get reasonable incentives, so it eventually goes downhill.

From the above part, we can see that QitChain has chosen a novel and relatively reasonable CPoC consensus at the current stage, and placed the main track in the subdivision field of distributed search, which has always faced users. . While consensus is the foundation of a project’s success or failure, a good consensus is not the only factor that ensures a project’s success. In the following chapters, we will discuss the rationality of QitChain’s economic system, in order to have a more comprehensive understanding and clear expectations of the project.

As a product of cryptographic technology, blockchain itself does not have asset attributes; however, in field applications, the economic system formed with the corresponding digital assets attached to the blockchain as the core controls the blockchain project. its own rise and fall. Therefore, when discussing the prospects of QitChain, its economic system must be a content that cannot be ignored.

Generally speaking, when we discuss topics related to the economic system, we generally discuss from two levels: first, the process of how storage service providers work and how to obtain block rewards; second, the entire project basic economic model. Now, let’s discuss these two issues in turn.

The process of storage service providers providing services for the QitChain project and obtaining digital asset rewards is an unavoidable topic. Generally speaking, projects with lower thresholds, simpler processes and higher returns will be more favoured by service providers. We will briefly discuss the workflow of the service provider in the following paragraphs. Due to the length and readability, we only introduce the workflow here. As for its internal technical principle, we will discuss it in detail in the following articles.

This is the first step in the whole process. The storage service provider needs to generate a plot file on the local hard disk and fill it with the entire hard disk. The plot file is encrypted by the Shabal function. Compared with other SHA256 types of encryptions, the Shabal function has better ASIC resistance, so it can avoid the crushing of computing power caused by professionally customized storage systems. The service provider will use the Shabal algorithm to fill the hard disk space based on the hash value containing its own public key. Naturally, the larger the hard disk space, the higher the hash value can be filled, and the easier it is to win the difficulty competition.

Nouce is a special byte generated at the same time as the plot file. Each random nouce contains a 256KB data, and this data is the key for the storage service provider to package blocks to obtain asset rewards.

QitChain nodes will verify the validity of the block after receiving it. The storage service provider that passes the verification will obtain the bookkeeping right of the block and the QTC certificate in the block as a reward.

According to the white paper provided by the QitChain team, its digital asset QTC has issued a total of 105 million pieces, and a 2M data block is packaged every 3 minutes. award. The revenue will start to halve when the block height reaches 420,000, and every time the block increases by 700,000, the revenue will be halved again until all 105 million tokens have been issued.

QitChain has a relatively fair digital asset distribution scheme for both QitChain Network Foundation and storage service providers. The QTC distribution plan released by its team on the official website is as follows:

As can be seen from the above figure, the total number of QTC tokens is 105 million, except that 5% and 15% of the assets are allocated to the QitChain Network Foundation and the Search R&D Laboratory respectively, and the remaining 80% are Competitively obtained by storage service providers. Since QTC adopts the unique mechanism of CPoC, the digital assets that service providers compete for are also divided into two parts – 64% of the assets are routinely competed by service providers, while the other 16% become the assets of various pledge nodes. Reward distribution.

In the above article, we have roughly sorted out the consensus and economic system of the QitChain project. In general, QitChain is indeed a remarkable and excellent project in terms of its hard conditions. However, the blockchain has always been a track full of opportunities and drama. There are indeed many unknown but blockbuster projects, and there are also many failures that are unanimously optimistic but ultimately unpopular. Therefore, although we relatively recognize the technical bottom layer and economic system of QitChain Network, we are still cautiously optimistic about its performance in the future market. In a nutshell – the trial jade takes three days to burn, and it takes seven years to distinguish the material.