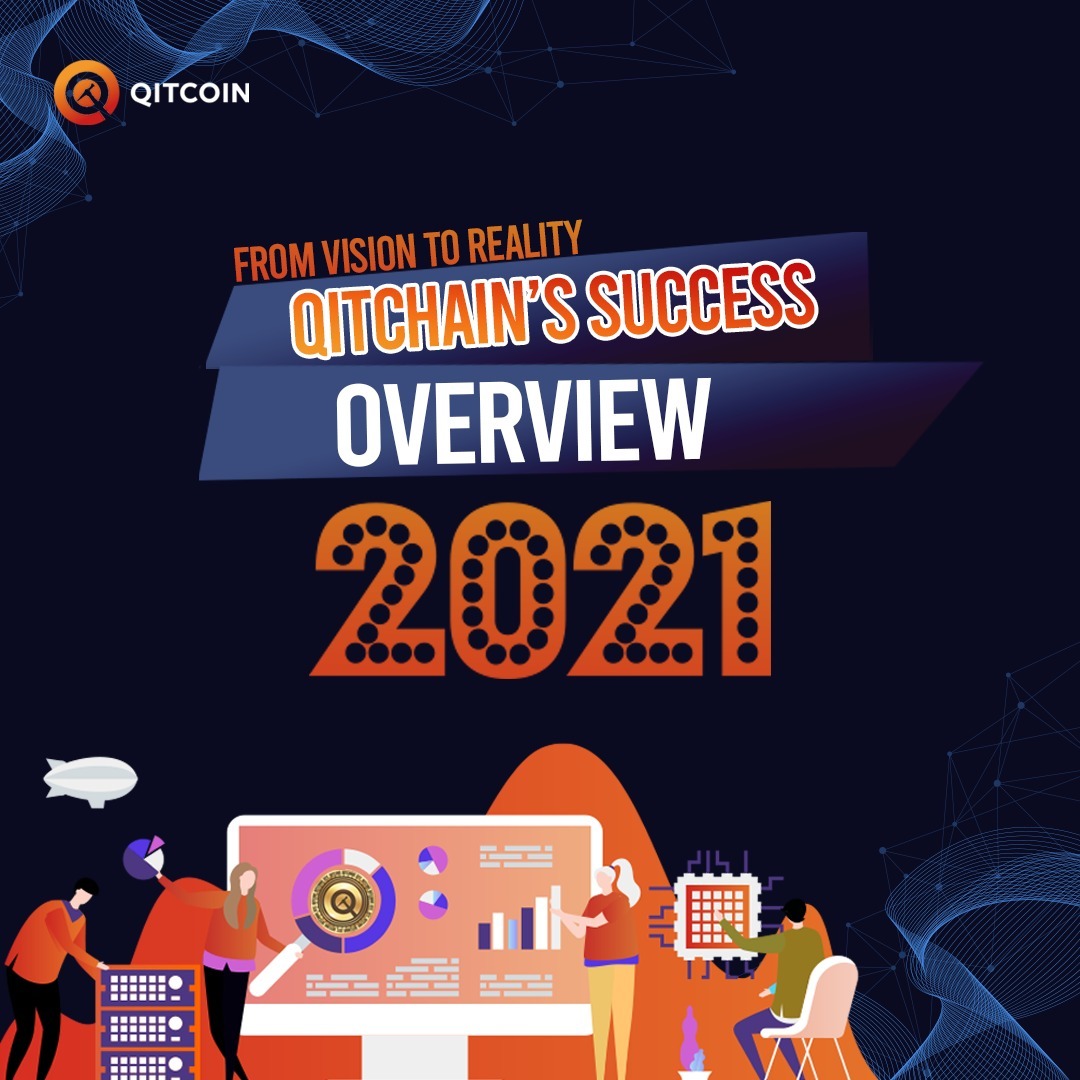 After the official establishment of the project in 2015, we began to think about how blockchain technology will be presented to the world in the future. We have seen the rise and fall of many excellent projects such as Bitcoin, Ethereum, Filecoin, and Polkadot. Realize why these projects are so controversial.

2021 is a crucial year for Qitchain. After years of accumulation, we finally brought it to the attention of the world and attracted considerable attention and discussion. A strong consensus foundation has been established, and the entire network infrastructure has gradually grown. We believe, this will be a very perfect start, creating a good infrastructure foundation for the future ecosystems including Web3.0, decentralized search engines, and the Metaverse.

After the Qitchain Mainnet went online, it has received a lot of attention, and the number of users has exploded. The network has full nodes in Asia, Europe, America and other regions. As of December 31, 2021, the overall network statistics are as follows:

Qitchain’s success in 2021 is inseparable from the help of many ecological communities and media. Since the launch of the test network at the beginning of the year, the project has gradually attracted attention and reports. Especially in Asia, a number of huge ecological communities have initially established. At the end of the month, the number of members of the Chinese community has exceeded 100,000, the Korean community has exceeded 70,000, and in Europe and the United States, tens of thousands of people have begun to participate in the ecological construction.

Starting from March, blockchain enthusiasts from Asia, Europe, and North America spontaneously set up discussion groups on Telegram to discuss and look forward to the development of Qitchain.

Finally, in June, more than 20 media, including Golden Finance, NetEase, and Oriental Fortune, reported on Qitchain;

In early July, members of the Qitchain Chinese community created “QTC’s Birth Background: An Analysis of the Three Major Infrastructures of the Blockchain Industry” and “What is QTC?” What problem does QTC solve? What are the technical features of QTC? series of videos reprinted by China Financial Network, Wall Street Finance and CCTV;

On July 23, Shaoib Hayat, the founder and CEO of the project, was invited to participate in the blockchain storage application technology innovation forum, and elaborated on Qitchain’s future design and planning in the field of Web3.0 and decentralized search engines;

In mid-August, Qitchain appeared on the big screen of Wall Street Reuters for several consecutive days, causing extensive discussions on Twitter, Facebook and other social media;

Moreover, on August 27th, the Qitchain Asia region storage supplier initiates online exchange meeting. In this exchange meeting, Shoaib Hayat and project CTO Sam Catchpole participated in the exchange, and concentrated answers from China, South Korea, a series of issues that storage suppliers in Southeast Asia and other countries are mainly concerned about.

On September 23, Search Lab held a core member meeting to discuss and plan the top-level architecture of the future Web3.0, decentralized search engine, Metaverse and other ecosystems.

Shoaib Hayat accepted an exclusive interview on 30th November with Golden Finance, in-depth analysis of the development prospects of Qitchain and the application of distributed search technology;

The Qitchain metaverse theme salon started on 20th December. The main body of the salon discussion was “the construction of the underlying network that helps trust, security”. Several core members introduced the direction of technological breakthroughs in 2022 and the layout of future ecological construction. Thus, improve Turing completeness to provide infrastructure services for future data in the encrypted world.

After several media reports on Qitchain, many exchanges contacted us, we tried several of these platforms to cooperate and got good market performance, which shows that the economic model we designed is correct and beneficial , which further strengthens our confidence in the future development of the project.

Firstly, after 6 years of technical accumulation, no major bugs and security issues have found after the Qitchain mainnet goes online, and the network is running stably as a whole. However, we will still focus on data validity and security in the future. Work includes:

As the infrastructure of Qit Search, the core of the entire ecosystem work will be the top priority in 2022. It will take a lot of time and energy, but we believe that it will bring a qualitative leap to the entire ecosystem. An ideal, virtual machine can allow the entire blockchain network to complete more work. It is also the only way to reach the final ecological goal of “three cores and two radiation belts”.

At present, we have initially designed two schemes and began to evaluate them, including adding protocol layers and cross-chain. Of course, the final selection and implementation must undergo strict security testing and auditing.

When the above virtual machine is implemented and launched, we will start to build preliminary decentralized applications and search engine construction.

The former includes payment channels, DeFi applications, NFTs, etc., and try to find cooperation in the field of games, while the latter is to achieve basic content search, design service economic model, etc.

In 2022, we will face a huge workload, and it will be an extremely difficult task to rely only on the current development members.

So, we need more technical personnel to join our community. We plan to launch a developer platform.

Hence, a mid-to-long-term hackathon competition is held half a year to showcase the development and innovation of the project in new year.

On the other hand, we will look for more ecological partners, including outstanding companies or teams in AI, IoT, VR and other fields. Thus, will enrich the Qitchain ecosystem.